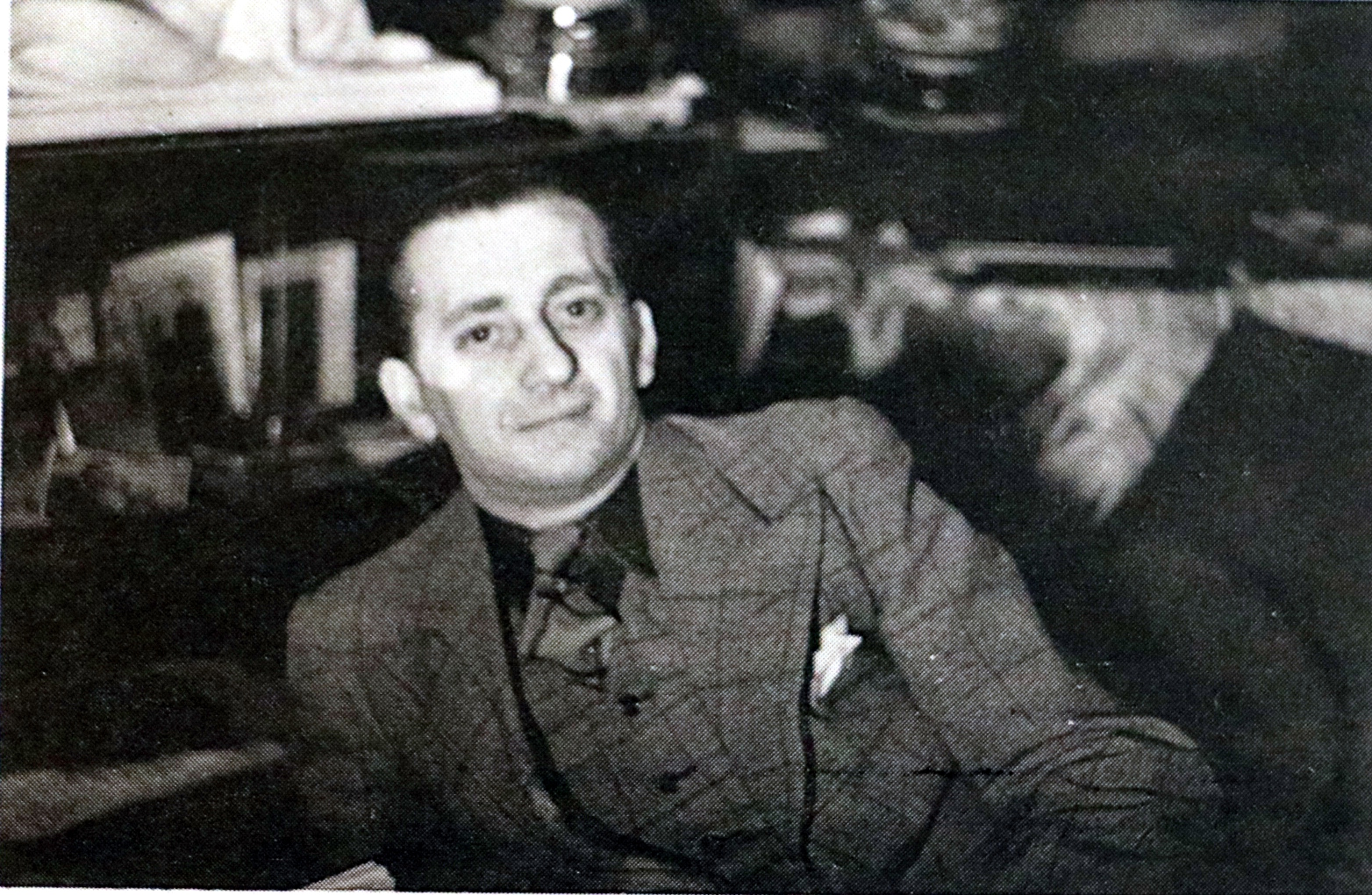 It is said that as a child Jos Verdegem was dandled on Ghent socialist leader Eddward Anseele’s knee. Even today, the Haanstraat in the Ghent ‘Muide’ district, where he was born, looks run down and drab. He must have been enormously talented to manage to escape from his social environment in this underprivileged area of Ghent. At twelve, he became a decorator’s apprentice. He went to evening school at the Academy to learn draughtsmanship, and was taught by Frits Van den Berghe and later by George Minne. In 1914 he volunteered to become a soldier, and after he was wounded in 1916, he was sent to the “Kunstcompagnie”. In this “Section artistique de l’Armée”, he first came into contact with members of the intelligentsia, of the bourgeoisie. His talent was immediately recognised. He spent his leave in Paris - a city that would attract him all his life. He even lived there from 1922 until 1929. Some authors like to count him as one of the “Ecole de Paris”, and regard his return to Ghent as a lost opportunity to build up an international career. Anyhow, Verdegem’s oeuvre is everything we have said about neorealism in the intro. Although this was the main art movement during the interwar period, it did not exactly stop at the end of World War II, but kept going long after 1945, albeit no longer as a leading art movement, of course, because it was pushed aside by a new avant-garde: the abstracts and Cobra.

Ever since a 1966 exhibition, Verdegem has from time to time been classified an animist – wrongly so. His work is nothing like those goody-goody, snug paintings by artists who were afraid to be branded ‘depraved’. Though Verdegem indubitably deserves the attribute of ‘painter of intimacy and melancholy’, his work is not about the poetry of the blackened stove in the modest home of the deserving poor. Verdegem is the painter of human tragedy and suffering (cfr. the title Sorrow). His main theme, woman in an intimate boudoir, seldom takes the form of a portrait. Portraits show a person from the outside. A good portrait will, of course, also reveal some traits of character, but only the more flattering ones. Verdegem painted women who seem to have been looking in the mirror for a desperately long time, ruminating on the tragedy of life in a melancholy way. A second instance of the manner in which he shows tragedy is his representation of clowns. There is no room for tragedy at the circus. Nothing is left to fate. But drama may be around the corner; the trapeze artist may have an accident, for instance. At the circus, clowns represent tragedy – fortunately they do this in a funny way: none of their endeavours works out, and everybody laughs. It is quite an achievement of Verdegem’s to have painted and etched so many clowns without ever having ended up a mealy-mouthed sentimentalist. It is not that he only painted sad women and clowns. He was interested in other marginal people besides clowns: carnies, refugees and the odd war amputee or orphan. It is not just on the basis of his subject matter that Verdegem cannot be classified as an animist, but also because his style is grand. His realism is larger than life, because he often enlarges his subjects’ heads to gigantic proportions. His admiration for what he called the démesure, the excessiveness of Rubens, has something to do with this. He was also a virtuoso draughtsman. He therefore looked for other ways to be expressive than expressionism, as R.H.Marijnissen said in a few well-chosen words: ”He needed a powerful, expressive form – hence the enlargement of scale – but he was too brilliant a draughtsman to give up demonstrating his deftness. He loved harlequins and cartoons, but he was too well-versed in anatomy to be satisfied with wooden figures like Gustave de Smet’s. No shortcut was hard enough for Verdegem not to draw it effortlessly. In fact, he was too much of a classical painter ever to become a full-fledged expressionist.”

He got to know Rubens thoroughly through his acquaintance with an admirer of Rubens’, Eugene Delacroix. Verdegem often went to the Louvre to draw copies after the masters. In his curriculum vitae he mentioned Delvin and Minne as his teachers, as well as “les Anciens”. In the Academy halls he tended to greet the plaster replicas of Greek statues rather than his colleagues. This neoclassicism, this turning back towards ancient art, distinguished him clearly from the uneventful animism executed by any number of painters of his generation.

And yet, Verdegem was well aware of current innovations. Picasso was his example. Contrary to the animists’, again, his techniques were innovative. He certainly did not stick with any academic rules; he had his own recipes. Who could explain this better than Jan Hoet, who was first introduced to art by Verdegem: ”This work of Verdegem’s has always touched me by its richness and diversity, in different respects; here we encounter all kinds of utterly unusual experimental techniques (collage, montage, many complex mixing techniques) which lend a certain topicality to many of his works.”

‘Innovation’ is the right word to use about the period from 1947 until 1950 when Verdegem literally destroys his realism by adopting a very colourful naive style, sometimes crossing the boundary into children’s drawings (one year before Cobra). So much for showing off his talent as a draughtsman. This has been interpreted as an attempt to reconcile figuration and abstraction in a kind of synthesis. From time to time, he coloured in some older work to adapt it to this new drive towards simplification, which is why a lot of works bear two dates. This has turned out to be a remarkable extravagance. It is a very refreshing method, and it feels very French – Gauguin and Matisse are hovering close by.

Verdegem is the ultimate ‘Flemish Parisian’. He developed his own neorealism, featuring very strict design, often filled in with atmospheric blurred patches, like out-of-focus photographs. Sometimes these are surrounded by beautiful colours. He did not keep this French spirit to himself, he has passed it on to his pupils at the Academy, where he was a teacher since 1932. According to his pupils, he was an effective and enthusiastic teacher. His best-known pupils were Camille D’Havé, Carmen Dionyse and Pierre Vlerick. Roger Raveel has praised his unusually critical mindset. But maybe Jan Hoet was his best pupil - not in his painting class at the academy, but as an emulator of his lifestyle replete with circus acts.