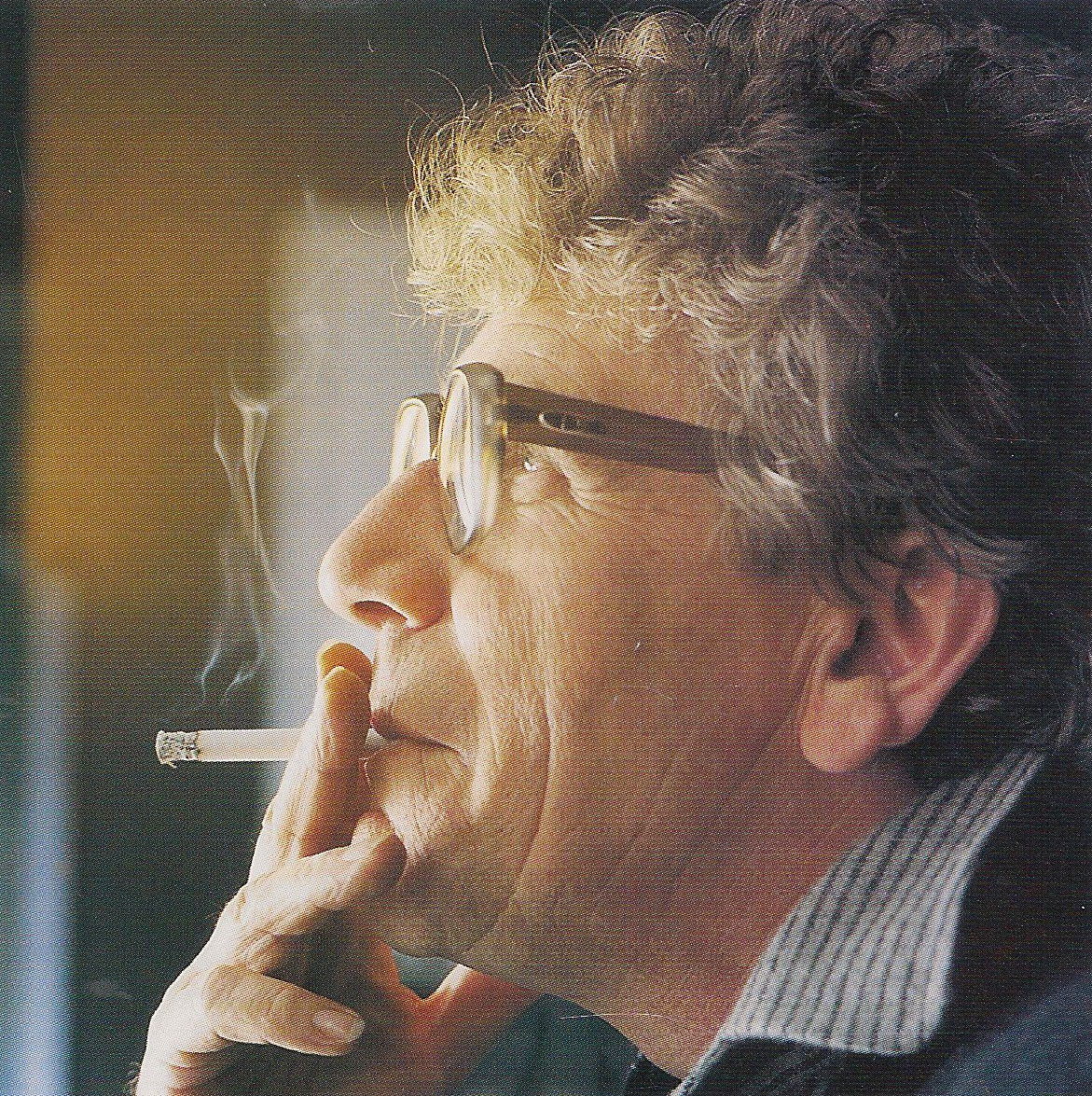 Pierre Vlerick’s work shows some resemblance to Willem de Kooning’s. While the Dutch American was famous for the wild manner in which he treated his canvas, Pierre Vlerick showed some more restraint, but making a painting was in any case a slow process of stopping and starting and revising. His exploration is meant to result in a correct proportion of colour fields and streaks, often applied in layer upon layer. His colours all have a similar, equally luminous intensity. Though both artists create a very metropolitan, say even worldly art, their work evokes nature. De Kooning has been called a master of ‘abstract landscape’. The structure of Vlerick’s works, too, is very vegetable and organic. No wonder he referred to his paintings as his ‘gardens’. Neither artist allowed his garden to remain empty: de Kooning created a female figure looking like a cross between a floozy and the mother goddess. Vlerick imagined a woman who is enjoying her body by using her hand. Vlerick’s approach to abstract art is the same as de Kooning’s; they refuse to paint in a figurative manner, yet at the same time do not wish to renounce referring to reality. De Kooning once put it very accurately during an interview when he conceded that painting the human figure any longer was absurd(in the post-war period), but also stated that it would be even more absurd not to do it. The only way out of this ambiguous dilemma is the destruction of the human figure. Not in order to reject it, but to show it in all its fragility. Vlerick tears his frivolous ladies to pieces and takes their facial expressions to extremes: is it pain or pleasure they are feeling?

Let us have a look at his early years. He was lucky to have as his teacher at the academy Jos Verdeghem, who had freed himself from cumbersome old Flemish expressionism by spending time in Paris. The young Vlerick started to follow his example, trying to paint in his style. This was not a bad thing since he created some very fine works in this style. What did Vlerick borrow from Verdegem and, more importantly, what did he add? Vlerick’s early works were relatively small, hardly ever larger than 100 x 100cm. He created still lives that sometimes look a bit angular, like Verdegem’s noses and hands. Let us not forget that at the time Picasso was the international ideal to be emulated. At first, Vlerick’s still lifes are really tranquil. Those elements in his compositions that refer to life (fruit, utensils, etc.) are abstracted to a large extent. There’s no immediate recognition of the represented items. The delineations between different objects are very blurred, so his pictures look more like colour field compositions than realistic depictions of unmoving objects. The animal often recurring in these compositions is hardly recognisable: is it a horse or a bull? It doesn’t matter. It is either a symbol of life or else just a shape, verticality. Vlerick was passionate about bull fights. This abstraction is emphasised by his use of colour. Colours not associated with objects from daily life often dominate the composition: purple, for instance. This is the basis for his continuing abstraction, ending up as colour fields combined with organic elements depicted with the vaguest of contours. A similar process is perceptible in his graphic work. To start with, his etchings are very linear, but the high degree of refinement of his drawing gives rise to an impression of evanescence, a wispy lightness. But it was not long before Vlerick starts heightening his etches, until they finally end up as strong colour fields. His colouring method, hiding figuration by means of pastel between colour fields, creepers, climbers and other vegetation, will remain a constant of Vlerick’s oeuvre. His works are built up like patchwork, square by square or element by element. He would start with a figure, covering it up gradually until he obtained a nice balance between figuration and abstraction. Vlerick was completely in tune with the existential philosophy of his time, assuming that truth will emerge from this game of veiling and unveiling. The central figure is Woman -- the same central theme as in Verdegem’s oeuvre. But the latter shows a melancholy woman, bent, often seen from the back, sometimes showing her hand in a graceful pose. Vlerick reveals a supine woman, who is relaxing and enjoying her sensuality. Her hand is positioned where we might expect it to be. However, the major difference between both painters is colour.

Though Verdegem has also frequently used pastel, he is really the master of pale and sallow colours, patchily applied, most of the time by means of mixed techniques. Vlerick has distanced himself from this range of colours, choosing a very bright palette that he has tempered somewhat later on. His abstraction of colour at one time reached the utmost limit of white (around 1960). But this zero degree of painting proved to be a feeding ground for a new palette filled with colourful frivolity. It was mainly Bonnard’s colourful work that inspired Vlerick to compose his own singular range of colours of slightly tingling yellows, greens, oranges and bits of blue here and there. There was a period of somewhat sharper, acidy colours, mainly reds. Vlerick’s theme was after all not only the playfulness of a wonderful love life, but also the mystical passions of women who were forbidden to love. His titles throw some light on this theme. Vlerick is a painter of sensuality, not thought; observed reality is what he wants to share. He is not after revealing the essence of objects, like Flemish expressionism. He just wants to register the atmosphere around it all, as he is convinced that the surroundings determine the experience of reality. Thus he escaped expressionism, or at least its style.

It could be argued that Vlerick really ever only made one picture. He kept going back to the same theme intent on increasing the impact of its representation. Or maybe we should say his images form a series; turning his oeuvre into an extensive work of environmental art.  It is replete with movement, like a movie. His cooperation with Belgian Filmmaker Raoul Servais (1928) for the Art at the Metro Station project in Brussels fits in with this notion. His works succeed one another like sequences from a film. One work after another, as in a slow motion projection of a documentary on a landscape (Paysage au Ralenti), his female figure appears from behind the polychrome foliage in order to quickly disappear again, in the movement of veiling and unveiling movement Eros has imposed on us.

Vlerick is far removed from the explicitness of expressionism, from the sharp delineations of surrealism, from the angular multi-perspectives of cubism or the cool rationality of conceptualism. He is closer to the myopic outlook on the world typical of an impressionist’s observation and depiction of the world. The way he allows bright colours to fertilise one another is not far removed from Fauvism. And with Lyrical Abstraction he shares the nerve to let compositions run out of control. He has adopted the Animists’ love of intimacy and taken it further, to its core. One thing is resoundingly clear; he belongs to a post-1945 generation that did not feel like surrendering to the constraints of any one style (3)